AN OVERVIEW OF THIS PAGE

This page provides an overview of what I have to offer, along with a taste of what you can expect. You can click on the links below to take you directly to the relevant sections.

What You Can Expect

A Little Bit About Me

My Most Requested Topics

What Others Are Saying

I speak internationally, if you want to check my availability for your event, or if you have some questions before proceeding further, please click here.

WHAT YOU CAN EXPECT

Here’s what you can expect from me and my team

Professional replies to your phone calls and email messages.

A personal phone consultation with a member of my team prior to your event, so we can better understand how I can best serve you and your audience.

An announcement about your event on my blog and social media channels. (This assumes that your event is open to the public and you want additional visibility for it.)

A professionally prepared, enthusiastically delivered Power Point presentation focused on achieving the outcomes you want with your audience.

A custom handout, exclusively created for your attendees. It will include the slides I used in the presentation, along with links to books, articles, and other resources I believe will be helpful.

A quick follow-up communication after the event with someone on my team, to make sure I met your expectations. I also want to know how you think I can improve.

MY MOST REQUESTED TOPICS

1. Diversity and Inclusion
2. Combating Hate with Love
3. Keys to Cultivating Empathy
4. Cross-Cultural Communication
5. Connect with Clout
6. The science of Communication through Connection
7. How to get the heart to move the mind
8. Keys to Effective communication
9) The art of mindful living
10) The practices of the heart

WHAT OTHERS ARE SAYING

She has an insatiable appetite to become better, in seeking influences. Sarah is very funny, very quick-witted. She wants to educate the heart of her audience through humor and personal stories. She is proud of her heritage, but she is not a label. She proudly wears her hijab, but she is not her hijab.

Most people who say they want to speak professionally, they speak from the head. What’s unique about Sarah is that first and foremost, she speaks from her heart. That’s where her authenticity comes through. 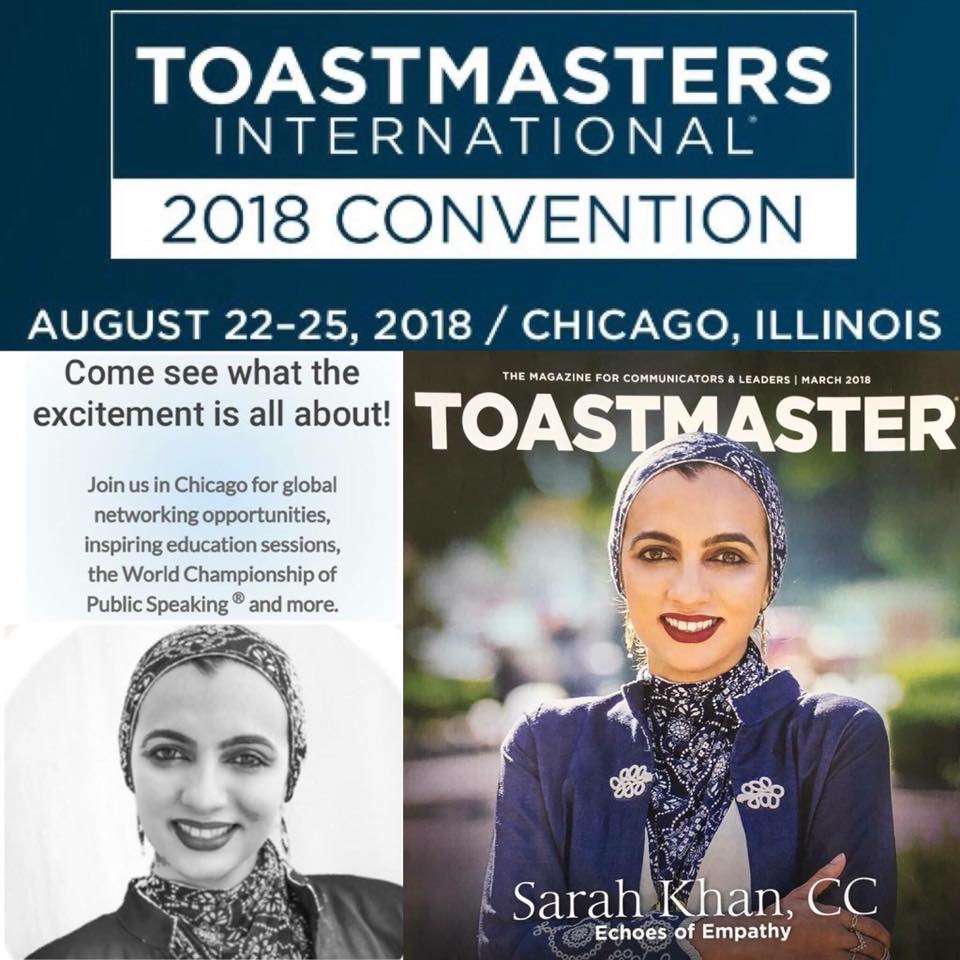 Sarah Khan is a professional speaker, trainer and advocate. She conducts regular presentations and workshops on various platforms including: The Science of Communication through Connection, The Art of Mindful Living and Diversity and Inclusion.

Her ongoing work in engaging local communities in confronting Islamophobia, and as an advocate for empathy, has attracted invitations as a guest speaker at various venues.

She has also been asked to appear as a guest on local television and radio stations, and has been featured in Forbes Magazine, Muslims of America and on the cover of the Toastmaster.

Diversity in society paves the way for richness and variety. However, our proneness to the ignorance and the misunderstanding of the very differences that actually bind us together can drive a wedge between us, by inviting mistrust and stereotyping to raise their ugly heads; bringing with them the inevitabilities of fear, hatred and violence.

In this session, Sarah Khan takes us through the emotions of a career female, wife, mother and a member of a minority community caught up in the vicious cycle of hate, prejudice and stigma. She shares her own emotional and inspirational story about the way she discovered how to deal with society’s greatest maladies by:

Join Sarah Khan as she challenges us to look at the practices of our own hearts to inspire and influence positive change in this world. 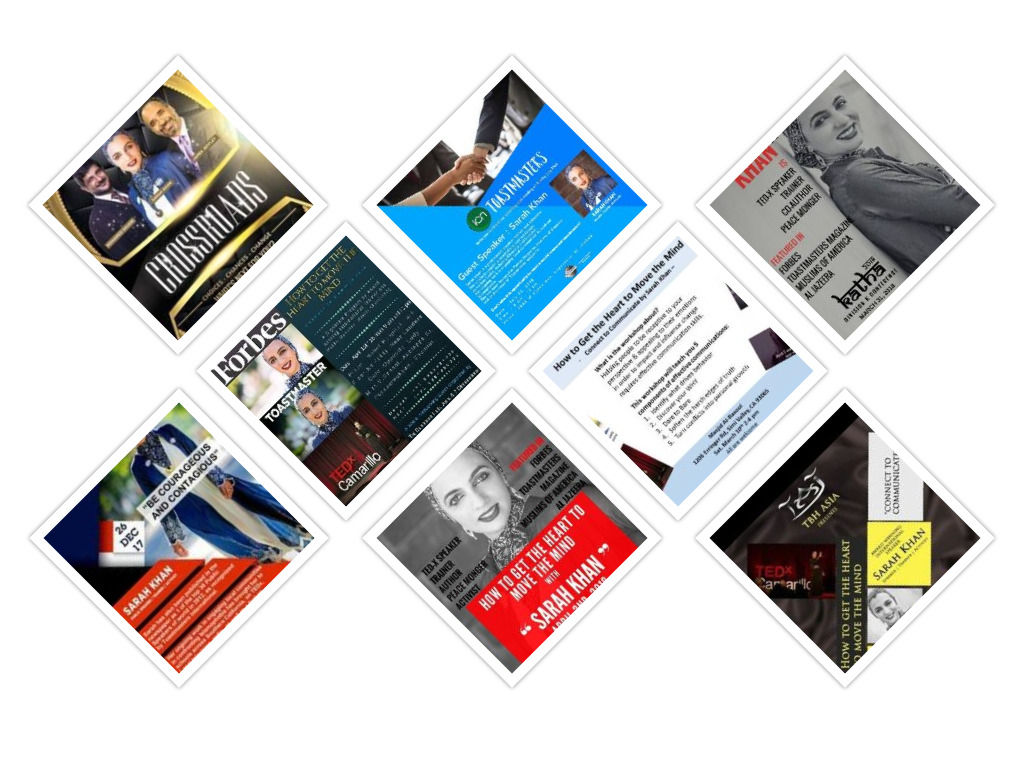 Sarah's ongoing work in engaging local communities in confronting Islamophobia, and as an advocate for empathy, has attracted invitations as a guest speaker at various venues. These include schools across Southern California, churches, synagogues, mosques, TEDx, Al Jazeera’s AJ+, Jubilee Project Media   News Company and local newspapers. She has also been asked to appear as a guest on local television and radio stations and has been featured in Forbes Magazine, Muslims of America and on the cover of the Toastmaster.

Sarah was named one of the top 30 public speakers of the world in 2012, as recognized by Toastmasters International.

Thanks again for considering me for your event, it's a HUGE honor. You can take the next step by checking my availability. Just click on the blue button below. Someone on my team will get back with you right away.